San Antonio company DOCUmation’s Director of Marketing Arica Espinoza will be honored alongside women around the world in virtual event.

[SAN ANTONIO, TX] – October 2, 2020 – DOCUmation has been named the winner of a Bronze Stevie® Award in the Marketing Campaign of the Year for COVID-19 Response category in the 17th annual Stevie Awards for Women in Business.

The Stevie Awards for Women in Business honor women executives, entrepreneurs, employees, and the companies they run– worldwide.  The Stevie Awards have been hailed as the world’s premier business awards. Winners will be celebrated during a virtual awards ceremony on Wednesday, December 9.

More than 1,500 entries were submitted this year for consideration in more than 100 categories, including Executive of the Year, Entrepreneur of the Year, Company of the Year, Startup of the Year, Women Helping Women, and Women Run Workplace of the Year.  DOCUmation, led by Marketing Director Arica Espinoza, won bronze in the COVID-19 Response category for Marketing Campaign of the Year.

DOCUmation made a phenomenal pivot at the beginning of the pandemic, offering thermal scanners to businesses, schools and nonprofits. The San Antonio company was primarily focused on getting their community back on their feet, working diligently to be one of the first in Texas to offer contactless thermal scanner technology to Texas. Arica Espinoza, Director of Marketing, spearheaded a dynamic marketing campaign that included email, social media posts and advertising, google ads, geotargeting, virtual webinar appearances, website pop-ups and landing pages to support lead generation and immerse customers with product knowledge. 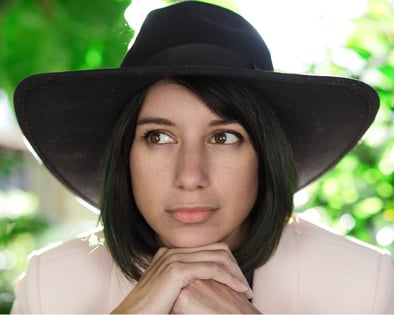 Espinoza partnered with Haute in Texas owner, Aquila Mendez-Valdez, to craft press releases strategically released to result in over 20 different spotlights on television and media outlets across Texas. “It was an honor to share the story of how DOCUmation was using technology to serve the community,” says Mendez-Valdez. “The work that Arica and her team have done deserves all the recognition, and I’m proud to have San Antonio’s COVID-19 response highlighted on an international scale.”

Arica Espinoza, Director of Marketing for DOCUmation, said “We take great pride in the work we produce from initial product launch, the messaging to our customers as well as the implementation and servicing of our products. Our messaging matches the customer experience which is of the utmost importance. I was very proud of our entire team, from marketing to sales to technicians, for swiftly creating a plan of action to get our thermal scanners out to our customers.”

Maggie Gallagher, president of the Stevie Awards, said, “In a year like no other in our lifetimes, we’ve produced a cohort of amazing, Stevie-winning women, organizations, and achievements like no other.  At all times our winners show themselves to be fearless and indomitable, but their leadership and example are especially valued this year.  We congratulate all of our Gold, Silver, and Bronze Stevie winners.  We look forward to celebrating them during our December 9 virtual ceremony, and to hearing from some of them during our Women|Future Conference on November 12-13.”